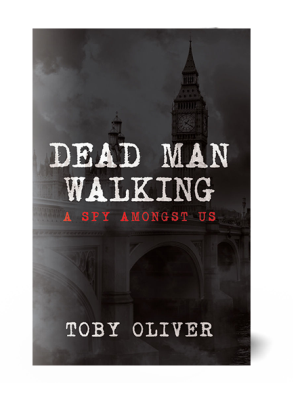 “Do you realise that by the time you wake up in the morning, 20,000 men may have been killed?” Were the words uttered by Winston Churchill to his wife, the night before D-Day. Dead Man Walking plunges the reader behind the political curtain of Churchill’s World War II coalition government After the murder of a cabinet minister, plotting and manipulation run rampant, and turning in spies is a matter of global security.

One of Oliver’s most popular novels, Dead Man walking is a perfect collaboration of Oliver’s interests: politics, political history and the underbelly of security services during the second world war. Dead Man Walking is highly reviewed on Goodreads and typical of Oliver’s usual style with snappy dialogue that makes you consider every aspect of the story. His academic background in politics and occupational history working as a government administrator gives him a unique perspective that mixes real events with a thrilling spy story at its heart. This work features Superintendent Luke Garvan and Major Spencer Hall, characters that appear in some of his other works.

Dead Man Walking: A Spy Amongst Us is available from a variety of online platforms including both e-books and physical copies on Amazon.