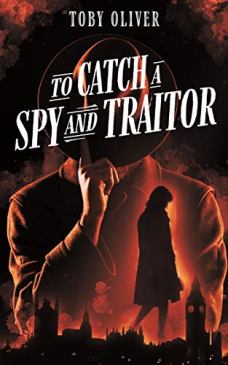 International espionage and the inner workings of the intelligence communities collide in this thriller featuring Russian Secret Service.

In this Cold War thriller set in London, a showdown between America and Russia is imminent. Double agent Alexei Ivanov is the highest-ranking KGB officer ever to work for British intelligence. But now, he’s under surveillance, and his enemy is closing in.

The head of the British Internal Arm of the Service orders top field officer Joyce Leader to protect Ivanov. But the threat against Ivanov’s life is not only from the KGB . . . it’s also coming from the ranks of British Intelligence. On the run, Ivanov and Leader must dodge both sides. No one is safe in this political thriller set during the Cold War.

To Catch a Spy and Traitor is a suspense novel set around the Cuban Missile Crisis full of intrigue, action, and an unlikely partnership between two people fighting for their lives.